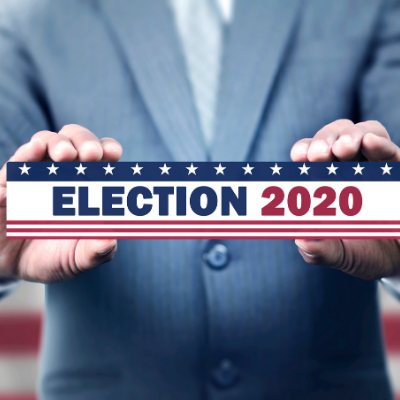 Last week one of my clients told me without a glimpse of hesitation that he was sure Biden would win the Election. I told him that I agree.
Anyone who knows me well knows that I am a cold hard facts person. That little voice inside me immediately whispered ‘you don’t have enough statistical data to support that comment yet.’ Our Client Service Officer, who is a qualified Actuary, would be the first to agree with me.

The media does a great job clouding any cold hard facts we may think we have!

In saying that, throughout this Election I have kept detailed records on Biden’s economic plans and very few notes on Trumps intentions.

Perhaps that was wishful thinking?

The first address from the 46th President of the United States was worth the wait.

Biden’s words ‘I pledge to be a President that seeks not to divide but to unify’ surely spread a wave of relief across the masses. To Trump supporters he said, ‘let’s give each other a chance’ and assured the people that ‘this is the time to heal’.

Despite the fact that the wheels clearly started to fall off, Donald Trump’s many successes in the business and political world have been nothing short of incredible. Many sectors in the US not only survived, they often thrived, under his watch. Many high performing managed investments in the international space focus a majority share of their monies in US for a reason.

2020 voting results mean that Senate control remains with the Republicans, so Biden’s talk of increasing corporate tax rates will not come to fruition any time soon. Trump will also retain authority and influence over the state of affairs in the US over the coming months. The people could see this as an alarming prospect, or they could be thankful that no major regulatory reform will be on the cards right away.

One thing we know is that Australian investors love nothing more than the status quo. Morningstar recently reported that during US Election years we have historically seen lower returns in the S & P 500 in the months preceding the Election, followed by a boost shortly after the big announcement, once we have some certainty on the way forward.

So what are the likely long-term implications of the change of power? The new US President aims to spend US2 Trillion on infrastructure. Another US1Trillion will be spent on a government stimulus to tackle American unemployment issues and assist businesses to find a way out the other side of the Covid19 crisis.

Biden also has a strong focus on bringing about climate change action and building a blueprint for a better healthcare system in the US. The health system so pails in comparison to Medicare that one of my American friends has recently had to resign from employment and claim disability. This major decision was made purely so that she could meet the criteria to receive an extremely expensive medication over there at a lower cost. That same medication costs $41 in our home country! Tellingly, US healthcare stocks have already experienced a boom since Biden took the stage over the weekend.

Although it is largely impossible to predict how policy will play out over time, Biden is a President who is bringing thirteen of the best Scientists and medical experts together as a ‘Transition Advisory Panel’ to better control the virus that is currently claiming 100,000 lives per day. He pledges to and ‘work as hard for those who didn’t vote for him as those who did, no matter their race, sexuality or disability’.

Surely he at least has the potential to begin to repair the US economy?

America’s relationship with the World Trade Organisation has been damaged over recent times, immigration policies have tightened and sentiment has well and truly been tested. The economy has clearly suffered over the years. To quote Vice President Kamala Harris ‘Now is when the real work begins’ as far as the new President goes.

Back at home we depend heavily on the US, our ‘big brother’ from a wealth and investment perspective. So, what do us Aussies do now?
My view; It is never a perfect time to time the market.

In times like these we go back to investments fundamentals and depend on the most basic of all teachings. Diversification. If you are investing across the asset classes a few ‘adjustments’ in US equities should have minimal impact on your portfolio. If you can’t help but notice the continually high valuations of US stock, despite the current pressures on US small business and demand in general, I should bring your attention to the positives.

Consumer spending has actually increased in some sectors, the American people of course still need to buy groceries to sustain them during this time, the figures show that families have more capacity for saving with travel restrictions in place and property growth remains healthy. A reduction in discretionary spending has also reduced the average household debt in the US.

I read an article a couple of days ago that I found intriguing; the writer showed some clear concerns that based on the substantial work Biden has to do to repair the American economy, he will neglect his relationship with Australia.

If Biden does have a laser focus on the US, that’s not the worst thing that could happen. An uplift in the US economy will have flow on effects to our super, our managed funds and our investment behaviour.

It will certainly be fascinating to look back on all of this in four years’ time and see just how far we have come, from a global perspective.